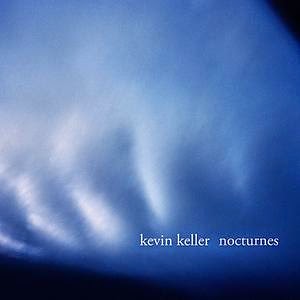 Kevin Keller gave the members of his ensemble the night off, as it were, and went solo on Nocturnes, an exploration for solo piano that shows once again how Keller walks a different path from many of his contemporaries. The music on Nocturnes is emotionally intense even when at its most subtle, and is also intellectually intriguing. While the album's pleasures can be had with casual listening, careful absorption of the details and nuance will reap much richer listening rewards.

The inspiration for Nocturnes was the work of photographer Seth Dickerman (http://sethdickerman.com/), who describes his images as "metamorphic landscapes." The images are captured in low light or moonlight and the surreal and colorful details come alive in the dark room. Keller began each piece by selecting a photograph and then weaving an impressionistic soundscape purely by how he reacted to the particular photograph. Since his music was directly inspired by a specific image, Keller titled each piece after its inspirational photograph. Mirroring Dickerman's approach, once Keller was satisfied with the end result he took the "finished" work and went about creating magic - by adding assorted ambient elements, sometimes as rhythm, sometimes as echoed drones, and other times as the natural elements of wind and waves.

Some tracks, like the opening "November," have their effects front and center. On this piece, a mournful yet up-tempo piano line is buoyed by a chattering rhythmic effect with a vague Doppler-esque sound to it. The juxtaposition of tempo and tone is characteristic of some of the tracks on Nocturnes, i.e. the pace of the piece is counterbalanced by the gravity of melody. The opening notes of "Pescadero" flow with sadness as Keller takes the refrain lower and lower on the scale before settling into a neo-classical series of rolling chords that ebb and flow from power to restraint. Even during the most rapid tempo, Keller's emphasis on minor key notes lends the song an air of disquiet, albeit of a beautiful nature. "Moonlit Headlands" is a sedate, stately piece, with a pleasant meandering quality evoking a path that goes here and there, but seldom in a straight line. "The Lost Father" brings the sound of waves into the aural picture, as well as some subtle shimmering tones. As befits the title, there is sadness here, but also drama and power, the music's pace staying slow and purposeful. As the song ends, the piano becomes faded and tinny, accompanied by the sound of a vinyl record scratching and popping, suggesting we are hearing an older LP recording on a phonograph somewhere.

"Hawi Moon" offers ambient textures deep in the mix under a fast tempo piano refrain (on headphones, it sounds like there are three different pianos at work here, so obviously there is some serious digital work going on). As on some other tracks, despite a fast tempo, the mood is not cheery but is peppered with an air of dramatic tension. "Sobrante" features the only appearance of a guest artist (cellist Clarice Jensen), who lends some serious gravitas to an already somber affair. "Sapphire Pool" and "Trinity" descend even deeper into darkness, tilting toward disquiet or one of the darker emotions. The concluding track, "Red Headlands" ushers in on a sustaining low drone and minimal lower register piano notes that sustain for long durations. Here, the mood is more reflective. It's a great choice for the closing song as it sends the listener off in a relaxed, contemplative state.

Nocturnes emphatically drives home the point that Kevin Keller has ambitions far beyond many of his contemporaries. This is an unconventional and fearless recording, complex yet full of emotion, accessible to the casual listener, but challenging enough to satisfy the adventurous mind of contemporary classical music fans. As with Keller's two previous albums, the emotional weight of Nocturnes is considerable, but Keller's special talent is to convey this depth of feeling without alienating the fan who simply enjoys good piano music. It's a tightrope that not many others would even attempt, but Keller makes it look easy. Ultimately, the album satisfies the mind and the heart, the intellect and the soul, the scientist and the poet, always with a keen sense of melodic flow and nuance of rhythm and tempo.

Nocturnes is available at  Amazon and iTunes.
Posted by Bill Binkelman at 7:35 PM