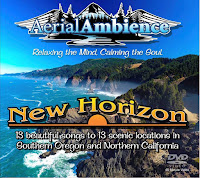 The DVD seems to be only available at CDBaby. I haven;t been able to find any sample videos (sorry).
Posted by Bill Binkelman at 2:36 PM 3 comments: