An homage of sorts to the many faces of EM, KevOz's (Kevin R. Osborn) Digital is one flat out fun album, a recording with little if any pretension, which the opening "Whoo!" emphasizes with its chunky funky rhythm track and fake audience cheers. Unlike the artist's previous more mainstream new age music type recordings (e.g. Return to Lakefront) or the stylized SF-themed Into Orbit, this CD is pure electronica, laced throughout with nostalgic touches, a dash of whimsy, and more influential nods to music from the '70s through the '90s than can be recounted here. However, this isn't a mere throwback imitation. There are contemporary wrinkles scattered among the 15 tracks and top notch production quality flows through the entire album. The artist traverses an assortment of EM subgenre territories: laid back chill-out ("Unheard Wishes") bass-heavy funk ("Debonair," which also contains some interesting jazz riffs and a dash of spacemusic too), pulsing break-beat dance tunes ("Bliss"), moody echoed piano set against cinematic synth textures and chilled beats that ends on a Vangelis-like fanfare ("You're Not Here"), and even a track that sounds like it's from the soundtrack to the film Breakin' ("Dueling Dreams"). Another influence that I heard more than once was the film music of John Carpenter and Alan Howarth on tracks such as "Revolver" and the latter part of "Hypnosis" (echoes of Big Trouble in Little China), as well as occasional flirtations with Berlin school ("Spooky" and various other spots on the CD, basically wherever sequencers and certain synth sounds are heard). While this review may make Digital sound somewhat disjointed, it's actually anything but (no doubt because Osborn intended - and achieved - a unifying motif of sorts, one that's easily discerned despite the myriad influences). With this CD, KevOz reveals a whole other side of his musical personality, an aspect that I, for one, heartily endorse and look forward (hopefully) to hearing much more from in the future.
Posted by Bill Binkelman at 9:31 AM No comments: 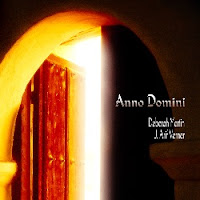 I preferred the first five tracks more than the last two, but that's more my preference than anything else (although I wonder how the louder passages on "Dona Nobis Pacem" are received by listeners who prefer a more consistent musical message). One doesn't need to have either a predilection for or a knowledge of sacred liturgical music in order to enjoy Anno Domini, because when you get right down to it, it's more of an ambient/spacemusic recording than an outright homage to Catholic hymns (despite the all Latin language titles). However, an appreciation for hymns will likely result in a more fulfilling reaction to this recommended disc.
Posted by Bill Binkelman at 2:47 PM No comments: 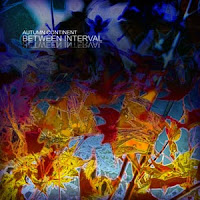 Stefan Jönsson (Between Interval) walks a path between two distinctly different ambient worlds on Autumn Continent: brooding dark ambient soundscapes and gently pulsing warmer rhythmic affairs. For myself, I prefer the latter, although Jönsson infuses even the more sinister and melancholic aspects of the former with human feeling so that even the drone oriented pieces here (such as the opening "Autumn Continent 2" and track 3 "Hidden Wastelands") flow with the organic fluidity of deep spacemusic (the latter of the two tracks could even be heard as a shadowy version of Telomere's work). However, it's when the artist introduces either more overt melodic components (the gentle resonant lower register bell tones on "Submerged" that percolate lightly over layers of luxurious synth washes) or when he allows rhythms to surface (the wonderful quasi-Berlin sequencing present on "The Tides of Time" imparts of sensation of movement underneath the oh-so-delicate reverberating tones, faintly melancholic whistling synth notes and echoed piano-like refrain) that this relatively new artist shines brightest. "Early Life Remainings" dials up the energy to a low boil, reminiscent of tracks such as Tangerine Dream's "Love on a Train," in blending a subtle yet throbbing beat with haunting and evocative synth pads. Make no mistake, though, that the drone pieces do dominate Autumn Continent, and while I would have preferred more of the other stuff, his skill at crafting deep spacemusic is such that even I was mesmerized most of the time, especially on the closing "Autumn Continent 2" a great track that fuses a deep sighing reflection of resignation with a gentleness and beauty that cushions the blow of the melancholy. The title Autumn Continent fits this CD like a glove since the overall morose and somber atmosphere of the music (especially the drones) paints with the appropriate colors for the season when one's thoughts turn inward and the world goes to sleep. Solidly recommended.
Posted by Bill Binkelman at 2:36 PM 1 comment: