REVIEW: CHAD LAWSON - The Space Between 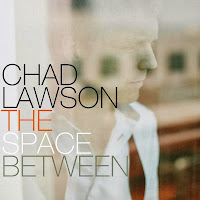 
When I first listened to Chad Lawson's debut recording, Set on a Hill, I knew I was hearing the birth of a remarkable talent. Now, four years later, Lawson has fulfilled that vision I had of his career by releasing one of the most sublime piano albums of recent years, The Space Between. Decidedly not for everyone, this exercise in muted minimalism may test the patience of those who enjoy a more structured approach to piano music, but for those seeking a recording to become immersed in, one that doesn’t give answers as much as asks questions, they will be rewarded with exquisitely nuanced tone poems that explore "the space between" the notes as much as it rings the emotional essence out of the notes themselves.

For this recording, Lawson took a chance and altered his instrument in a fairly radical way. He laid felt fabric down between the piano's hammers and the strings, muting the notes to a noticeable degree. He also mic'ed the piano in such a way as to ensure that nearly every sound made during his playing was picked up by the microphone and recorded. These two sonic elements (along with the emotionally rich yet musically sparse melodies) make The Space Between an intensely personal and intimate recording. Despite the addition of the felt material, the piano notes themselves sound glorious - not truly distorted or altered as much as softened with all harshness or shrillness removed. This technique establishes a mood of quiet repose, deep reflection, and the melodies themselves (with rare exception) contribute to the mood by being predominantly melancholy, sometimes starkly so. However, this darkness is counterbalanced - brilliantly I might add - by the beauty of Lawson's playing and depth of the humanity which is evidenced throughout.

Lawson is joined on several tracks by one of two guest artists: either cellist Rubin Kodheli or guitarist James Duke. Compositions are by Lawson, except for two extremely disparate covers - the hymn "Ave Maria" and the Band of Horses' song "No One's Gonna Love You." Both of these accompanists add something to the tracks they appear on. Cellist Kodheli's sorrowful textures give "Falling Together" an added layer of sadness, while Duke's textural electric guitar shadings color "I Wish I Knew" with a complex mixture of, at first, somber atmosphere, and later, an infusion of dramatic tension. This later explosion of looped rapid-fire notes, while obviously meant to be ambient in scope, may prove a bit distracting to some listeners. I will grant you that the somewhat cacophonic passage takes some getting used to, but the small amount of time in which it occurs shouldn't act as any kind of deterrent to your enthusiasm for the album. You can simply skip the track if you find it too intrusive.

Lawson's solo numbers are almost too exquisite for me to adequately describe them. From the opening "I Know a Love So True and Fair" which parlays extreme minimalism into an expression of profound romance to the closing cover of "No One's Gonna Love You" which perfectly captures the deep, fatalistic heartache of the Band of Horses' song, The Space Between presents an artist at the zenith of his composing and performing ability. Not a single note is wasted on the CD and "the spaces between" the notes are every bit as important as the sparse melodies. "Heart in Hand" tugs earnestly and sincerely at the heartstrings while "Loves Me, Loves Me Not, Loves Me" injects a welcome dose of gentle whimsy via its warm melody and sing-song style, a friendly respite from the beautiful but raw somber emotions evoked by the rest of the album (with the exception of "Ave Maria" on which Lawson and Kodheli join together in a patient, restrained take on Schubert's classic).

I haven't detailed the other tracks here in the review (there are ten songs altogether on the CD) because I would simply be using the same superlatives over and over. One thing worth mentioning is a brief but perhaps necessary caveat to those who will listen to this album with good headphones. As I noted above, the mic'ing technique Chad Lawson uses (he recorded and mixed the CD) means that you will hear noises that you likely never heard before (on some tracks this is more pronounced while on others it's barely, if at all, noticeable). You are hearing the piano as a living, breathing entity, its mechanical voice, as it were. This is what you would hear if you were standing extremely close to Chad while he played, hence my labeling the album as being intimate and personal. In a way, Lawson is inviting you to participate in the special relationship he has with his cherished instrument. These noises are no more "flaws" than our own flaws are as human beings, whether we laugh too loud, talk too fast, or groan when we get up from a chair (those are all flaws I personally have, by the way!). For myself, I love that Lawson found a way to capture them as a natural part of the music he made.

Finally, I want to make special mention of the cover and interior art of The Space Between. The photography on the cover by Michael Finster combined with the artwork and layout by Mark Millington, represent visual depictions of the music's beautiful minimalism. Lawson is glimpsed through a window, his face visible yet muted, and the reflection of the outside world is present, yet indistinct. The font choice is equally brilliant in its stark sans serif simplicity yet oh so artfully executed. Lastly, the inside shot of Lawson, dressed elegantly yet simply, likewise ties into the music itself. The warmth of his smile colors the extreme minimalism of his surroundings reminding us that it's our humanity that gives life meaning, even in dark times (as the dark mood of the music is anchored by the beauty of his playing). Or at least that's how I see it.

The Space Between is not just one of the best albums of 2013 (or even recent years), it's also one of the most important albums in how it seeks to connect the listener and the instrument on a fundamentally personal level. There are many moments during the playing of this recording where I am left speechless and near tears. I can’t think of higher praise than that.

The Space Between is available from iTunes, CDBaby, Amazon, GooglePlay.

Posted by Bill Binkelman at 12:32 PM No comments: