Posted by Bill Binkelman at 9:54 PM No comments:

REVIEW: Jeff Pearce - In the Season of Fading Light


JEFF PEARCE
In the Season of Fading Light
Self-released (2012)

Jeff Pearce, the master of evocative ambient guitar and purveyor of sublime Chapman stick instrumentals has apparently decided that "the world is not enough," and has now added piano to his tool box, as it were. And, of course, he uses this new tool as artistically as he has his previous ones, evidenced throughout his piano debut In the Season of Fading Light [be sure to read the * footnote at the review's end for important information about the CD's origins and Pearce's charitable aspect of this release].

Graced with a startlingly gorgeous cover by Teodora Chinde (as beautiful, if not more so, than 2008's Rainshadow Sky), flawless mastering by Corin Nelsen, and graphic design by Hypnos label founder Mike Griffin, In the Season of Fading Light displays three distinct "personas" to Pearce's composing and piano playing. One of these is no doubt due to the influence of noted pianist Philip Aaberg (whose online piano lessons Pearce is taking). This style is reflected in pieces such as "Autumn and Regret II," "The Road and the Wind" and "Into Spring." These songs are less melancholic and possess a more defined melody, although could still be classified as tone poems. The second type of music on the album (which I would describe as vintage Pearce) may be best exemplified on the opening title track, featuring plaintive piano accented by Pearce's always emotive ambient guitar which sighs softly underneath the sparse, intimate moody shadows of the piano. "After the Frost" could also fall into this category, especially if one imagines Jeff playing the same forlorn melody on either Chapman stick or guitar. The heartrending sad beauty of "Words from the Rain" (with an expertly applied backdrop of falling rain) is indicative of the third type of music on the album, one that bears a strong resemblance to the minimalist chamber style of Tim Story (note the deeply echoed piano on this track, a device that Story uses on many of his solo works).

All of the thirteen tracks on In the Season… are winners, as the mood crisscrosses various moods and sensations: the subtle liveliness of "Autumn and Regret II," the somber yet slowly rolling fluidity of "Where the Rivers Begin," a faint whisper of hope (with a hint of church hymn music contained in the melody) in "Harvest Prayer," a dash of jazz amidst the sepia tones of "Newfallen," and the deep (almost funereal) drama of "Where All Rivers End," on which the cries of ambient guitar form a subdued wailing of sorrow amidst the stark darkness of the piano, accented by other ambient textures underneath.

It may be that long time readers of my reviews will view this gushing praise of In the Season of Fading Light as Binkelman going all sycophantic on yet another Pearce release. If such is the case, so be it. When I hear talent this obvious, I call it like I hear it – and I hear Jeff Pearce's genius once again in evidence.

*Twelve of the thirteen tracks on In the Season of Fading Light were originally released as the Provision Series, digital-download-only singles which were released monthly beginning in July 2011. Jeff Pearce donated a part of each sale to a different charity each month, taking particular care to select charities which were (according to the artist's website "… run through the databases of a few organizations that monitor a charity's activities." Now with the release of In the Season of Fading Light, Jeff Pearce is donating one dollar from the sale of each album to the charity Feeding America. More info, including Jeff's reasons for doing great work available is at Jeff Pearce's website. While I have no doubt he will bristle at my writing this, Jeff Pearce's example should serve as a beacon to all of us, especially given how many people in America (and elsewhere) are in dire straits right now. I applaud him for this generous gesture and his commitment to caring about the plight of others in such a direct manner.

The album is available from Amazon, CDBaby, and iTunes.
Posted by Bill Binkelman at 10:06 PM No comments: 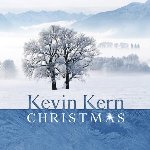 Frank Macchia is the bandleader of Swamp Thang, a buncha cool cats who can swing with the best of them. Their second release is Fried Zombie Stew (just in time for Halloween). If it's anything like their self-titled debut, it's gonna be a mishmash of funk, blues, jazz, swing, and basically every kind of music that begs to be played loud.
Posted by Bill Binkelman at 1:03 PM No comments:

My sincere thanks to those intrepid souls who responded to my last post (of almost 2 years ago) about this site possibly relaunching. I recently posed this question and its viability on a Facebook group (New Age and Ambient Music Business Forum) and received near unanimous support there as well (with the caveat that this wasn't me biting off more than I can chew). As to that latter point, I won't know if that is the case until I try. However, I do believe it's almost time to kick things into gear, as I can feel my reviewing zeal waning over the last year or so and I desperately need to come up with some way to kick-start it. I intend to continue reviewing for both Zone Music Reporter and Retailing Insight. For now, a lot of what is reviewed here will either be older releases that I never got to for ZMR or albums that came to me without being flagged for a review venue or were submitted to Wind and Wire. In the event a recent  album arrives at my door step with "Zone Music Reporter" as the addressee, I will contact the artist asking for permission to switch the review to here, if I am inclined to do so (with the possibility that the review here will be cross-posted there as well). This all sounds more complicated than it is bound to be (I hope). Once word travels through cyberspace that Wind and Wire is once again a viable source for reviews, I hope this shuffling the deck will not be necessary. This re-launch of Wind and Wire is a work in progress and you can expect some bumps along the way.

Until the first new review goes up, please let me know what you think about the "semi-new look" here (I have tweaked things a bit, added a site search engine, and a few other new wrinkles)

I want to give a tip o' the hat to my esteemed colleague, John Shanahan, who runs one helluva fine review blog himself as Hypnagogue (as well as a brilliant pod cast of great music) and has always been most kind to me with his comments and words of encouragement.
Posted by Bill Binkelman at 2:30 PM No comments: