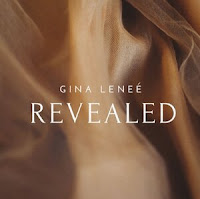 
Throughout the entirety of Revealed, what stands out to me is the depth of feeling and sincerity of emotion that Leneé brings to the fore. This is the work of a mature artist, someone who is quite comfortable in opening her soul to the listener, pouring out her memories as notes on the keyboard. As the winter approaches (for us in the northern climes, at least), here is an album that almost begs to be listened to as the days grow shorter, the nights grow colder, and the outside world slowly goes to sleep. So, set a fire in the hearth, pour yourself a glass of wine, dim the lights, and indulge in the richness that is Revealed.
Posted by Bill Binkelman at 10:16 AM