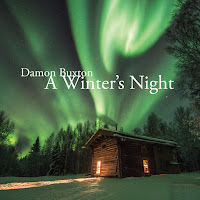 A Winter's Night is available at Amazon, Bandcamp, and iTunes.
Posted by Bill Binkelman at 7:00 PM

Merry Christmas,
You are so interesting! I don't believe I've truly read through anything like that before. So wonderful to discover another person with a few unique thoughts on this issue. Seriously.. many thanks for starting this up. This website is something that is required on the internet, someone with a bit of originality! If you want to read Christmas Quotes For Teachers you have to see the link
Thank you,

Hi,
The very next time I read a blog, I hope that it does not disappoint me as much as this particular one.Best New Year Wishes I mean, I know it was my choice to read, but I truly thought you would probably have something useful to say. All I hear is a bunch of crying about something that you could possibly fix if you were not too busy searching for attention.
Thanks